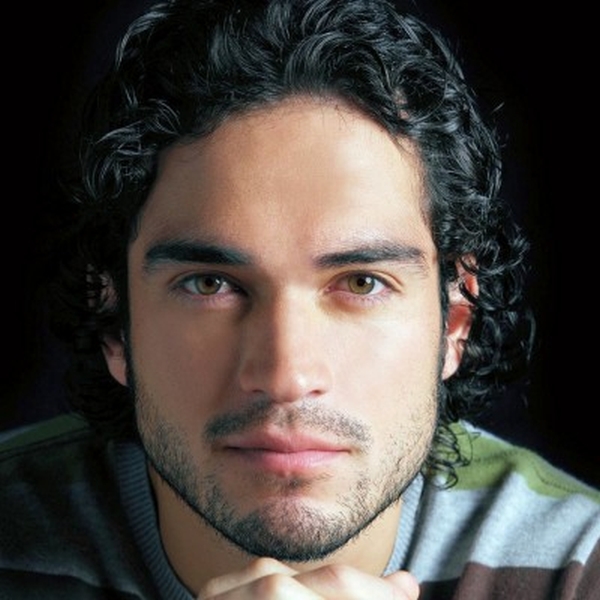 Alfonso Herrera është këngëtar i huaj i njohur. Alfonso "Poncho" Herrera is a Mexican actor and former member of music group RBD. Alfonso Herrera Rodríguez was born in Mexico City. He has an older brother, Alejandro,younger brother, Oscar and a younger sister Christina. He attended the Edron Academy, a prestigious high class British school, alongside Gael García Bernal and Ximena Sariñana and graduated in 2002. Herrera originally wanted to become a pilot and was going to move to San Antonio, Texas to enroll in an aviation school. He changed his mind and decided to enroll at the Centro de Educación Artística run by Latin American media giant Televisa. Following his completion at the Centro de Educación Artística, Herrera began working professionally in theater. He performed in Las Brujas de Salem (2001), Como matar a un ruiseñor (2001) and Antigona (2001). In 2002, he was cast in the film Amar te duele, directed by Fernando Sariñana, and from there moved into television, working in the telenovela Clase 406, alongside Dulce Maria, Anahí, and Christian Chávez, who later became his bandmates in RBD. In 2004, he was cast as one of the main characters in Rebelde, a Mexican remake of the hit Argentine novela, Rebelde Way. Herrera played Miguel Arango, a teenager who moves to Mexico City to avenge his father's death. Rebelde was a hit worldwide and had over 400 episodes, lasting from 2004-2006. Following the success of Rebelde, in 2007, Televisa released RBD: La Familia, which starred the members of RBD. The characters of the sitcom were not based on the band's characters in Rebelde, but intended to be similar to the actors' real personalities. RBD: La Familia was the first Mexican show shot entirely in High Definition. The show ran from March 14, 2007 – June 13, 2007, and only lasted 13 episodes. In 2007, Herrera began filming Volverte a Ver with Ximena Herrera. It was released in December 2008. The movie was filmed in Mexico and Argentina. In 2008, he also starred in the play The Pillowman, replacing actor Kuno Becker. In 2009, he began filming Venezzia in Venezuela, alongside Ruddy Rodríguez. On May 21, 2009 it was announced that Herrera would star alongside Spanish Mexican singer/actress Belinda Peregrín in Televisa's latest novela, Camaleones. Herrera played Sebastián, a man who pretends to be a professor and steals expensive art work in order to protect his jailed father. In 2009, he also guest starred on an episode of Mujeres Assesinas, Soledad, Cautiva, alongside his 'Rebelde' co-star, Angelique Boyer. Herrera also worked alongside actors Plutaco Haza, Paola Núñez, Sergio Klainer, Guillermo Larrea, Jana Raluy, and Raúl Vallejo on the Spanish version of Rain Man, known in Spanish as Cuando los hermanos se encuentran. Besides Rain Man, 2011 has brought up new projects for Herrera. He worked on a television series called El Equipo (The Team) produced by Pedro Torres where he played a federal policeman named Fermín Pérez. This series has been compared to the television series CSI and was aired in Mexico as well as the United States. Alfonso is currently filming a television series called "El Diez" where he will play a soccer player named 'Chava Espinoza'. This series will be aired soon on ESPN Deportes; which is available on the United States as well as some Latin American countries. On August 19, 2011, Herrera's most recent movie 'Así es la Suerte' will premier on theaters around various areas in Mexico. The success of Rebelde, launched RBD. To date RBD has made 9 studio albums, including albums in Spanish, Portuguese and English. They have sold over 15 million albums worldwide, and have toured across Mexico, South America, Serbia, Romania, the United States and Spain. Poncho wrote the song Si No Estas Aqui for CD Empezar Desde Cero (RBD) in 2007. On August 15, 2008, RBD released a message telling fans that they had decided to split up. They went on one final tour, Gira Del Adios World Tour which ended in early 2009. In a November 2008 interview with Open Magazine, Herrera said he has no intention of having a solo singing career after RBD and that he does not see himself as a singer.