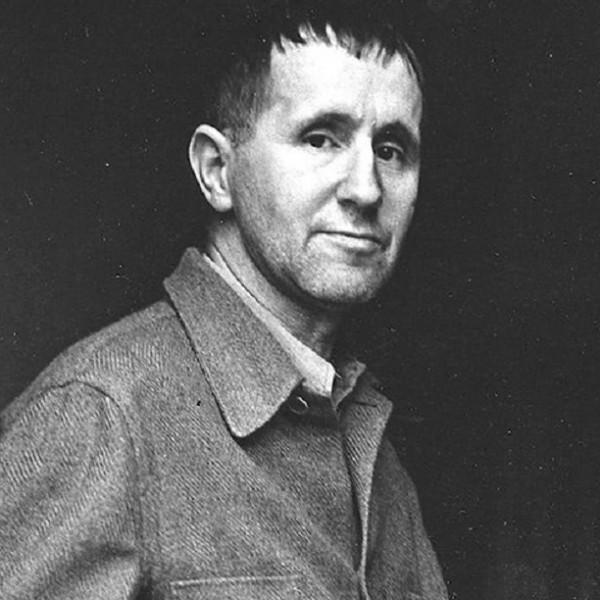 
Bertolt Brecht është poet dhe autor/publicist i huaj. Eugen Berthold Friedrich "Bertolt" Brecht was a German poet, playwright, and theatre director of the 20th century. He made contributions to dramaturgy and theatrical production, the latter through the tours undertaken by the Berliner Ensemble – the post-war theatre company operated by Brecht and his wife, long-time collaborator and actress Helene Weigel. According to Stephen Parker, who reviewed Brecht's writings and unpublished medical records, Brecht contracted rheumatic fever as a child, which led to an enlarged heart, followed by lifelong chronic heart failure and Sydenham's chorea. A report of a radiograph taken of Brecht in 1951 describes a badly diseased heart, enlarged to the left with a protruding aortic knob and with seriously impaired pumping. Brecht's colleagues described him as being very nervous, and sometimes shaking his head or moving his hands erratically. This can be reasonably attributed to Sydenham's chorea, which is also associated with emotional lability, personality changes, obsessive-compulsive behavior, and hyperactivity, which matched Brecht's behavior. "What is remarkable," wrote Parker, "is his capacity to turn abject physical weakness into peerless artistic strength, arrhythmia into the rhythms of poetry, chorea into the choreography of drama."