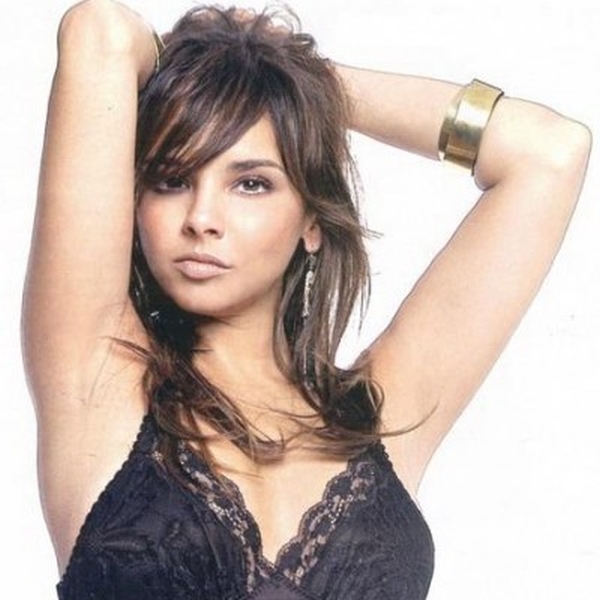 Këndon kryesisht: pop
Chenoa është këngëtare e huaj shumë e njohur. María Laura Corradini Falomir, popularly known as Chenoa born in Argentina, but raised in Majorca, Spain, is an Argentine-Spanish female music artist who became successful after appearing on the TV contest Operación Triunfo. Her music style could be described as pop. Most of her music is in Spanish, although a few tracks on some albums were recorded in English. Although her albums are not readily available in the U.S. record shelves as they are in Spain and Latin America, they can be found on the Internet. She has sold more than 1,000,000 records since 2002. Chenoa was born in Mar del Plata, Argentina on June 25, 1975, although her family moved to Majorca, Spain, when she was seven. She grew up in a musical family; both parents were musicians who used to sing in hotels at live music shows. At the age of 16, Chenoa began to sing professionally, taking part in her parents' show. When her mother fell ill, Chenoa had to stand in for her. She graduated as a nursery school teacher and started performing in the Casino de Mallorca shows when she was 20. There, Chenoa acquired a good stage presence before entering the first edition of the Spanish television show Operación Triunfo (a talent-search contest for the Eurovision Song Contest) in 2001. Her first album was Chenoa, released in April 2002 in Spain. The first single was Atrévete, a song whose English version is also included in the album as Mystify, but the greatest hit of this album was Cuando tú vas, played all over Spain in the summer of 2002. Chenoa sold over 500,000 copies in Spain after 61 weeks in the Top 100 chart, and she was nominated for the Spanish music industry awards Premios Amigo as best new female artist and best female artist. Year 2002 finished with a Spanish tour that included more than 90 dates. In April 2003, Chenoa competed in and won Eurobest, a European song contest in which she performed It's Raining Men. The unplugged album Mis canciones favoritas was Chenoa's second album. It was recorded in Barcelona in April 2003, and included some of her favorite songs such as Man in The Mirror, Respect, Chain of Fools, and Love of My Life. This CD + DVD was released on a limited edition of 100,000 copies. Soy mujer was the title of her second studio album, recorded in Miami and Madrid in 2003. Pop, rock, Latin, Arab, and Anglo sounds are mixed in this album, which reached number one in the Spanish album chart and sold more than 250,000 copies after 47 weeks in the top 100. The album also charted in Venezuela reaching the number two position. The singles released were En tu cruz me clavaste, Soy lo que me das, Siete pétalos, Dame (which topped the Spanish charts for three consecutive weeks in 2004), and Soy mujer. Chenoa was nominated again for the Premios Amigo award as best female artist and completed an 80-date tour in Spain. In 2004, she was nominated for the Tu Música award as best new artist in Puerto Rico. In May and June 2004, she started her Soy mujer promotional tour around Venezuela, Puerto Rico, and Argentina. In December, she visited Panama, Costa Rica, and Dominican Republic. In April 2005, the Spanish Radio and Television Associations Federation awarded her the Micrófono de Oro 2005. Venezuela has also awarded Chenoa in 2005 with the Mara de Oro 2005 for the best new international artist of the year. Chenoa's third studio album Nada es igual was released in November. Produced by Dado Parisini (Laura Pausini, Nek, Tears for Fears), and recorded in Milan, this pop-rock album explored a new direction in Chenoa’s music. Nada es igual was not only a sample of her musical evolution, but also of her new personal challenge. Rutinas was the first single, which again reached number one in the Spanish charts. The album sold more than 100,000 copies in Spain after 21 weeks in the top 100 and was also promoted in Mexico and other Latin-American countries. The following singles were Tengo para ti and Donde estés. 2006 finished with a Spanish tour of more than 40 locations. Me enamoro del dolor was covered in English by Maria Arredondo and is called Even When You're With Me. On October 9, 2007, Chenoa released her fifth studio album called Absurda Cenicienta, for which she wrote all the songs herself. The first single was Todo irá bien. The album peaked at number one in the iTunes Latin Albums and went to the number two position in the Spanish albums charts. It also received Gold certification in its first week in the Spanish album chart. The single Todo irá bien has topped the charts in Puerto Rico, Costa Rica, Spain, etc. and a total of 12 countries. On July 25, 2009, Chenoa's new single "Duele" from her upcoming album, Desafiando la gravedad, premiered for the first time on Cadena Dial. 'Desafiando la Gravedad finds her once again co-writing the bulk of her material, this time with producers Yoel Henríquez and Mauricio Gasca, and once again developing her style as a pop/rocker. The album opens with a trio of standout songs that signal the direction of the album. The opener, "Buenas Noticias," is an upbeat song with acoustic guitar, a syncopated drum track, and bubbly touches of electronic effects. The chorus hits hard with Chenoa belting out the refrain as a dense Wall of Sound kicks in, electric guitar, backup vocals, and all. "Nada de Nada" is more intense, a surging electro-rock song powered by an overdriven electric guitar riff and muscular duet vocals by Mexican diva Gloria Trevi. These two songs are interspersed by "Duele," a power ballad of heartbreak that showcases the vulnerable side of Chenoa. While these three standout songs get Desafiando la Gravedad off to an impressive start, there's plenty more to enjoy as the album progresses, changing tempo often over the course of its dozen tracks. She was selected to join Italian tenor Andrea Bocelli in his 2011 World Tour.