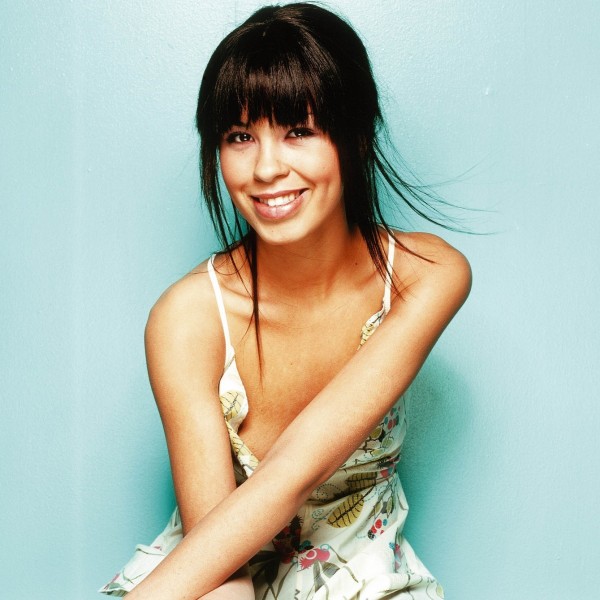 Këndon kryesisht: pop
Maria Mena është këngëtare e huaj shumë e njohur. Maria Viktoria Mena is a Norwegian pop artist. Maria Mena was born into an artistic family. Her mother is a playwright and her father a drummer. Both Maria and her brother, Tony, are named after characters from Leonard Bernstein's West Side Story. Her mother is Norwegian and her father is American of Afro-Nicaraguan descent. Her father played in several bands in Oslo, which influenced Mena to write and record her own music. When Mena was nine years old, her parents divorced. She suffered from depression and developed an eating disorder. When Mena was 13 years old, she moved to live with her father. She sang and wrote lyrics as a form of self-soothing. "My Lullaby", a song from Mena's diary, expresses her pain from her parents' divorce. After pleading with her father to make a demo, he contacted some acquaintances in the music industry to record the demo. Presenting his daughter's demo to several record companies, Sony Music signed Mena to their label. In 2002, she released her debut single "Fragile (Free)" in Norway, however it did not manage to chart there. "My Lullaby" was released as the second single and the song reached #5 on the Norwegian Singles Chart. It received heavy rotation on NRK P1, P3, P4, Radio 1, and Radio Oslo. The young singer quickly gained fans and soon earned her first platinum record. After the success of "My Lullaby", she released her debut album, Another Phase in Norway which reached #6 on the Norwegian Albums Chart. Mena made an appearance on the Late Show with David Letterman to promote her first international album, White Turns Blue, which debuted at the top position on the Billboard Top Heatseekers chart a week later and at #102 on the Billboard 200. She made a breakthrough into the worldwide singles charts that year with "You're the Only One", a single successful in multiple countries. The song was her only single to appear on a Billboard chart, making #25 on the U.S. Top 40 Mainstream. "You're the Only One" peaked at #30 on the Dutch Top 40 and #19 on the Dutch Mega Single Top 100. Two months earlier, in March 2004, Mena had released her second album in Norway. Mellow. Less successful than her 2002 debut, it still managed to peak at #7 in Norway. The second single from both albums was "Just a Little Bit", which was a commercial flop, not managing to chart anywhere. 2005 saw the release of Apparently Unaffected in Norway and several other European countries, fronted by singles "Miss You Love", and "Just Hold Me". A significant success in Norway, the album has earned her three Spellemann nominations, Best Female Artist, Best Hit, and Best Music Video. In the Netherlands, the album was released in June 2006 and charted at #82. It slowly climbed the chart to reach its peak position in its 27th week at #11, as "Just Hold Me" was getting airplay again. "Just Hold Me" was released in May 2006, but then did not chart in the official Dutch Top 40, but did chart in the country's physical singles chart, the Mega Single Top 100, at #27. In October 2006, the song started getting heavy airplay again and this time it did managed to reach the official Dutch Top 40 and peaked at #26. In the Mega Single Top 100, it peaked at #7 in the beginning of November 2006. Mena performed at sold-out concerts in Utrecht and Amsterdam, following the success of "Just Hold Me". The album was at #48 at the Dutch year-end chart, outselling major artists such as Pink's I'm Not Dead, Nelly Furtado's Loose, and Beyoncé Knowles' B'Day. "Miss You Love" was released as the album's second single in the Netherlands and reached #61 on the Mega Singles Top 100. Having worked on her three first studio albums with Norwegian producer Arvid Solvang, Mena started collaborating with Martin Sjølie in early 2008 on what would become her fourth studio album, Cause and Effect. The album's first single, "Belly Up" had its radio premiere mid-June 2008 on Norwegian radio. Cause and Effect was released on September 17 in Norway. The first international single was "All This Time". The album was internationally released on 26 September 2008. This album garnered her a Spellemann for Best Female Artist. Mena's song "Sorry" was featured on the third season of US So You Think You Can Dance and "What's Another Day" was featured during the fourth season. She released "All This Time" in the UK on 11 April 2010. In 2011 Mena recorded her version of Mitt lille land (My Little Country) by Ole Paus as part of a project by the Norwegian TV channel TV2. On 23 July, the day after the Norway terrorist attacks and after requests from her Norwegian audience, Mena uploaded her version of the song to the streaming site SoundCloud. It quickly became an anthem in memory of the victims of the attacks. She contributed to the album Mitt lille land, performing one of two versions of the title track (the other was performed by Ole Paus). Her sixth album Weapon in Mind was released in 2013, becoming her first album to reach number one in Norway. Even though all three singles of the album failed to chart inside top 20 Norway Singles Chart, "Fuck You" and "I Always Liked That" became two of her best selling singles in Norway, certified 2xPlatinum both.